The Journey to a Proper Diagnosis with Product Lifecycle Management 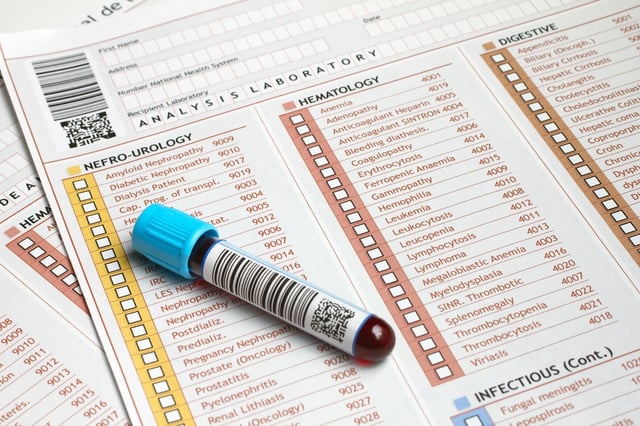 When you fall ill, all you want is to feel better fast. You want to be able to see your doctor quickly and get precise answers, hoping for a specific treatment that will bring life back to your body. In 2009, I fell extremely ill and was presented with symptoms consistent with Lyme’s Disease, Mononucleosis or Lupus. Tests were ordered, yet they came back negative. Blood work was drawn that showed high inflammatory markers and I was told, “We don’t know what you’re sick with, but we’ve got to get you well.” I thought to myself, this cannot be the best way of doing things. Were these tests accurate? Could additional tests be administered in search of an accurate diagnosis? Antibiotics are not a one size fits all cure. If we treated healthcare scenarios like we do other industries and established a true product lifecycle management process, physicians might be able to avoid the risk of losing the trust of their patients and make strides towards ensuring a proper diagnosis the first time.

Imagine my frustration as I left the doctor’s office with a handful of antibiotics and a steroid shot in the rear end, but no real answers. I was told to take all of the prescribed medication and return in two weeks. It took me several months to feel somewhat like myself again. Extreme fatigue persisted and it felt as though my internal organs might burst at any given moment. Fever, chills and a host of other unflattering symptoms accompanied my illness. I never found out what was wrong with me and as a twenty-something who worked 50 hours per week in a rural town, I had no time [or money] to seek a second opinion in the nearest major city.

Time went on and I eventually felt well enough to start working out, resuming a somewhat normal routine. Over the next few years, I fell ill time and again. I consistently had inflamed lymph nodes, stomach pain and rashes on my lower body. I was told again and again “it’s a virus” or “inflammation”. I have been tested more times than I can count for Lyme Disease, Mononucleosis, Lupus and HIV. The tests came back negative every time and I continued to receive an antibiotic and a steroid for treatment.

It wasn’t until 2011 when I started having distinct gastrointestinal symptoms that I was directed to see a specialist. After several visits to the doctor and my first colonoscopy at the age of 27, was I finally diagnosed with an autoimmune disease of the digestive system. By the time I was diagnosed the disease had already spread up through nine inches of my colon and I had to receive heavy doses of oral steroids and other medications to find relief. It took me over a year to get my disease in remission, but I was simply happy to finally know what was wrong with me.

For over two years I was in and out of doctor’s offices with a plaguing feeling that something was wrong with me. Each time the tests came back negative I was given a handful of antibiotics and sent on my way. According to Arjun Srinivasan, MD, Associate Director for HAI prevention programs within the CDC, we know now that “antibiotic overuse and misuse are a very important and serious public health problem in the United States." He also said, “Drug-resistant bacteria cause 2 million illnesses and 23,000 deaths annually, and have been even more of a focus after an untreatable superbug was identified for the first time in the U.S. in April.”

While I may feel better today, I am still searching for the trigger of my autoimmune disease. This brings me to wonder if the right tests were administered. Were there other tests that could’ve been ordered in response to my results coming back negative? If we had caught my disease sooner, could I have prevented hundreds to thousands of dollars in doctor and hospital bills and most importantly, felt better sooner?

Accurate testing is imperative to achieving accountable care, attaining patient satisfaction and ensuring patient safety. A doctor’s diagnosis after all, depends on the reliability of these test results. As the field of medicine evolves, the need for accurate, reliable, and clinically meaningful tests is essential. For instance, the advancement of Precision Medicine, customized healthcare tailored to an individual patient, depends upon accurate diagnosis in order to better target therapies. However, inaccurate or unreliable Lab Developed Tests (LDT’s) and unsupported or disproven claims undermine progress in Precision Medicine and other fields. False-positive and false-negative test results directly impact the level of care patients receive. When a patient tests negative for a disease, is given no explanation as to why symptoms are present and is recommended no additional testing, the risk of going undiagnosed for an underlying medical issue is extremely high.

Precision medicine’s goal is to get the right treatments to the right patients, at the right time. If patients falsely test positive for a medical condition and undergo treatment such as antibiotic therapy or chemotherapy, the financial and medical implications are severe. In “The Public Health Evidence for FDA Oversight of Laboratory Developed Tests: 20 Case Studies”, pregnant patients tested for Noninvasive prenatal testing (NIPT) and received a false positive results for Trisomy 18 and 13, a chromosomal abnormality. In the case of one patient, termination of pregnancy was the end result of the false positive result. The FDA has finally recognized this ongoing problem and, in response, will now be increasing regulatory oversight for LDTs.

As the healthcare industry is increasingly focused on the value of patient care and safety, Product Lifecycle Management (PLM) is imperative for the management of the entire test lifecycle. PLM enables stronger convergence of business and practice, increasing transparency and visibility of information and allowing for more robust management of test development throughout the entire lifecycle. More reliable lab testing processes improve patient safety and satisfaction by ensuring the medical tests done to prove or disprove the safety or effectiveness of a medical device, a pharmaceutical, or even the effects of a virus on the body in hopes for a cure.