Using Data to Drive Better Business, and a Better World

Consumers are increasingly making purchase decisions with their hearts AND minds. By properly managing customer data to support transparency, retailers can win favor on both fronts.

Customer experience has been a retail focal point for years now, as merchants seek to deliver against constantly evolving expectations and needs. According to a new Accenture study among 1,500 U.S. consumers, the game just got more complicated. The research shows sustainability has moved towards the retail forefront, with 47% of shoppers reporting they want to do business with environmentally responsible retailers.

The study follows closely on the heels of global research from Hotwire that says 47% of shoppers changed products or services due to conflicts with their personal values. Environmental concerns were the highest rated reason specified for making such a decision, with an additional 5% naming climate change specifically, and 9% specifying transparency (see graphic below). 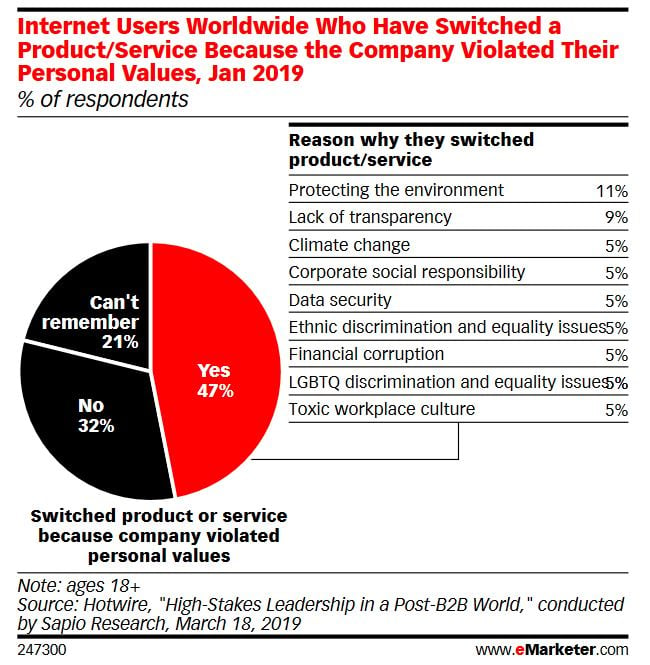 While transparency, or lack of it, can cover many things, environmental issues are often central to the discussion.

Those who follow global trends and evolving consumer sentiment may not be surprised, as sustainability and transparency have become increasingly mainstream topics. And there’s research now that raises a different concern; that climate change may be causing some people to delay spending entirely, even in countries where people are not generally concerned about the impact.

That’s something to take note of for retailers everywhere.

The data is new, and limited so far to my home country, Denmark. But, having spent many years with large global companies in all corners of the world, I see parallels in consumer behavior from Denmark to many other places regarding topics such as climate change.

The research, conducted by YouGov on behalf of Sydbank (one of Denmark’s leading banks), shows that while many current positive economic indicators – record employment, wage growth, strong housing prices, low interest rates – might ordinarily be accompanied by growing consumer spend, the truth is quite different. According to the study, consumer consumption is up just 2%. That’s far less than during previous periods of similar prosperity.

The data reports 11% of Danes are holding back on planned purchases due to concerns over climate change, while another 25% indicate it may have had (don’t know) an impact on spend (see graphic below). 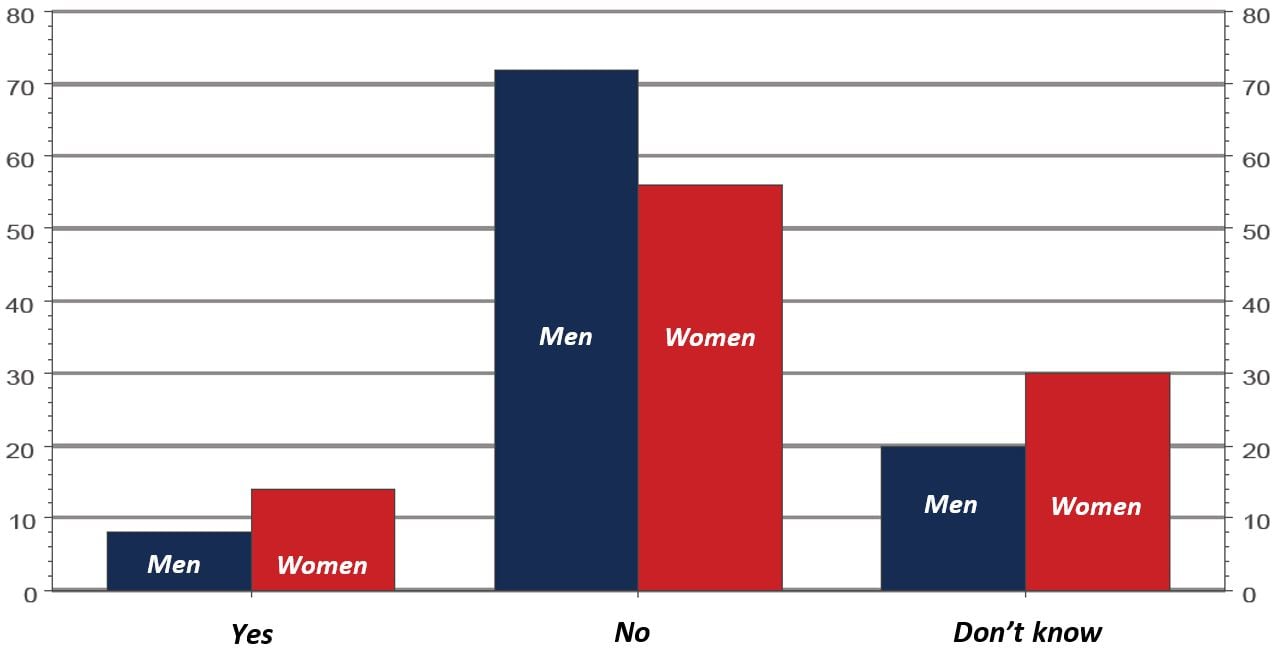 Percent of Danish consumers who avoided making one or more major purchase in past year due to climate concerns.
Source: Refinitiv Datastream, Sydbank and YouGov, 9/19

While this may not sound like a tidal wave of pessimism, the figures are significant, especially for women, who reported curtailing purchases at a higher rate (14%) than men.

Respondents also indicated climate is not only slowing spend, but also altering the composition of what is being purchased, with a shift from goods to services and experiences. And when they do buy goods, consumers show preference for products with a positive impact on climate or the environment.

The bottom line? Anything that may affect spend among 11 to 30%+ of consumers is something retailers and manufacturers everywhere might be concerned about. Whether they seek to grow a few percentage points, or simply hold their own against the march of digital commerce giants.

Consumers’ opinions on climate change vary widely around the world. Sometimes they reflect where people live. Others may reflect personal opinions, values or norms. The same goes for retailers; some, e.g., Patagonia, choose to express their POV to connect with like-minded customers. For others, the issue is more about understanding and addressing the varied needs of all customers.

That said, the Sydbank study is unlikely to be an illustration of an isolated geographic opinion. While the data may give the impression Danes are more sensitive with regard to climate change than others, that’s not necessarily the case.

According to a separate global study among 30,000 people in 28 countries by YouGov, Danes appear less concerned about the impact of climate change on their individual lives than consumers anywhere (see graphic below). 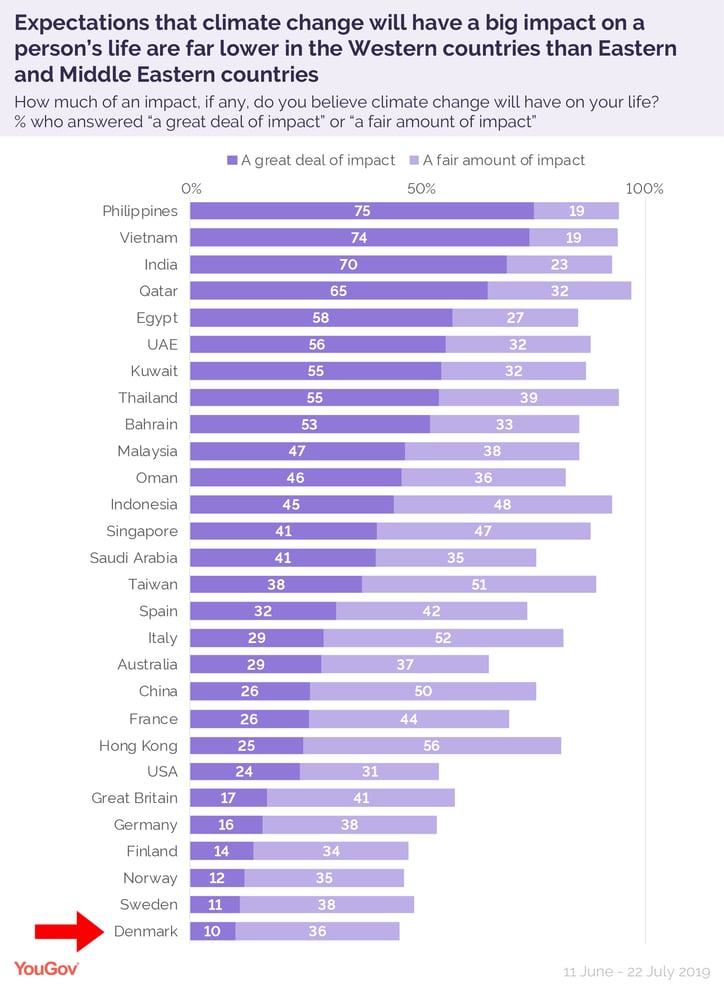 Putting it all in perspective, it would not be a stretch to suggest a percentage of consumers in other countries might feel the same was as Danes do. Especially those where people report being more concerned about the impact of climate change than in Denmark (all other countries in the study).

According to sources quoted in the recent Netflix documentary, The Great Hack – which chronicles the Cambridge Analytica Facebook data scandal – data savvy marketers currently have 5,000 or so data points on every American consumer. Together, they comprise a digital chronicle of our unique, individual consumer likes and dislikes, purchase drivers, habits, interests, etc. that they use to personalize our experiences and influence our behavior, perceptions and decisions. In the coming decades, that number is forecast to increase to as many as 70,000.

Living in a world where we can all be condensed into a 5,000 (or for better or worse, 70,000) algorithm-ready, data point profile, concentrated in the hands of a select number of increasingly powerful data-driven companies, is a growing concern for many people. Which makes this a trend to watch among retailers everywhere, too.

Despite this seemingly dour data, this story has an upside. I recently spoke with one of our customers about phase two of a project, after a successful start with Product Master Data Management, where they added thousands of attributes to tens-of-thousands of products.

We talked about the tremendous power and potential of their data to drive the business forward. But doing so in a manner that takes care to ensure customers feel they have a stake in how this data is used to serve – as opposed to exploit – their spending power. And one that confirms, as retailers, we deserve and honor our customers’ faith, loyalty and trust in our brand.

We agreed what’s needed is a platform to support digital transparency to share data with consumers about the products they buy that’s relevant to their personal values and concerns. A platform that also gives consumers the ability to see the data we, as ethical marketers, retain about them, and how we use it to make their personal experience as satisfying as possible.

Proving retailers understand that holding this data is a privilege – one that comes from our obligation to providing superb experiences that serve customer needs – is a task ideally suited to Customer Master Data Management. While CMDM is traditionally seen as a means of synching customer data to create a single consistent and accurate record across disconnected applications and data sets, its open architecture makes it perfect for delivering customer data transparency.

Just as we can add a seemingly unlimited number of attributes to every product master data record, often numbering up to 200,000 items, CMDM can enable a similar number of customer data points to be associated with every customer record, too.

A platform to drive better business and a better world

The ability to create this kind of true 360°-view of a customer is what the evolution of CMDM is all about. In the hands of customer-centric retailers, it offers something even more important; a platform to compete with the largest and most data-driven retailers on the planet.

By providing their customers with transparency into how data is used, in addition to visibility into product attributes that are relevant to their individual concerns and interests, retailers can allay customer concerns over the environmental impact of what they buy and consume. As well as their concerns about how their personal data is being used to target them.

For retailers, the benefits can be seen at an even higher level. By enabling confidence and trust, retailers can empower consumers to not only spend more, but to make better purchase decisions that make them feel good about the products/brands they purchase and consume. And of course, the retailers they purchase from.

By empowering personalized access to information that speaks to the needs of both their hearts and minds – e.g., where goods are produced, or the environmental impact of the companies creating them – retailers can help their customers feel like what they are buying is positively affecting the world. And that, in at least some small way, they are part of the solution and not of the problem.

In the process, retailers can create stronger and more consistent revenue streams for themselves. And that’s what driving better business, and a better world, is really all about. 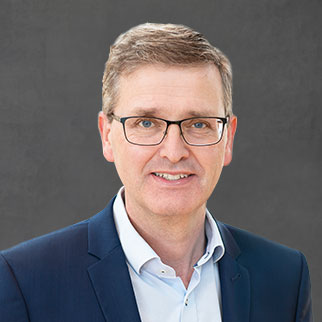 A result-oriented and involved leader, Jesper believes as much in people as he does in numbers. His philosophy is that a good leader is one who knows the way, goes the way and shows the way.